Kids Can Get a Lot Out Of Being Bored!

Previous Next
Kids Can Get a Lot Out Of Being Bored!

‍Some of us want to hand our kids a phone or turn on the TV when they say they are bored, but this is not something we need to jump to solve for them… There are benefits to what we get out of some boredom, including lifelong skills that screens never give them.

Anyone with children is going to have some times when their child says that they are bored. We may take this as a signal that we need to give them something entertaining, so we reach for a screen. This is a short-term solution, which is understandable if we are too busy at the moment.

When we do this over and over, though, our child has probably trained us to give them what they want: a screen. This isn’t healthy for them, and leads to problems in the family dynamic, as well. I recommend spending some time together, instead. But this post is more about the benefits of boredom, and what our kids get out of it, when we don’t jump to solve the issue for them.

We all know what it is when we feel it, but let’s define it, anyway, so we know what we’re talking about. After all, when your children say they’re bored, even though they seem to have plenty of options, there must be some disconnect.

Boredom is not a lack of available options, despite what your children claim. It is a state of mind in which the realistic options available to a person do not appeal to them. This lack of stimulation leads to an increase in neural activity that seeks variety. Seeking to meet this urge is not something your child is doing to annoy you, though it may seem that way. It’s a biological urge.

There is some thought that this activity may be more common in extroverts. The idea is that they require more stimulation, but are also adept at meeting their own needs by engaging with others.

Isn’t It Bad That My Child Says They’re Bored? 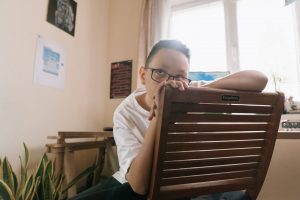 Well, it depends. Long term, it is possible that mental health can be impacted, leading to depressive feelings. So let’s not take this discussion to mean that imposing boredom on our kids is a great thing.

In the short term, however, when your kids say they are bored, they may be attempting to get something they want, especially if they see that you are busy. Don’t be surprised, but children can be manipulative about getting things they want from parents! So if they see that you’re talking to someone, working on something important, or somehow want to be left alone, they may feel that this is their chance to get a “yes” when you might otherwise say “no.”

So be ready for this! Before that “do not disturb” time comes, when they claim they’re bored, stick to this plan to develop some independent play abilities: say, “What could you do by yourself right now?” And wait. Let them answer. Let them come up with the ideas. Do not give some answers. Do not pass go. Do not collect $200. They can do this, and will do this, when you wait.

Doing this and sticking to it before you’re in work mode or a meeting while they are present might be the key, because if they see that you’re busy and you’ve always allowed them to look at a screen before or have jumped to play with them yourself just allows them to keep interrupting you/manipulate you into getting what they want. That’s a dynamic you want to avoid in the family.

And it may be possible that your kids feel bored, of course. So mix it up, and play with them sometimes. This is what they’d like more than anything.

Playing like a kid does isn’t easy for an adult, so it may take practice. When I play with kids, I’ve learned that they don’t WANT to know the history of bicycles or how planes “really” fly. They want to PLAY, and it’s a lot more fun when you let them lead the playing. Let them decide what to play and how to play. 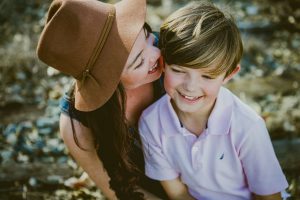 Strategies To Take When Your Kids Say “I’m Bored”

First of all, it may very well be that your kids want to spend some time talking or playing with you. Or, they may find you boring as well, at the moment. Either way, here are some ideas to help with this situation.

Create a “Play Jar,” a jar that has slips of paper with ideas for playing that they’ve wanted to do when they have time. It could include gifts that they’ve forgotten about and never even used (after birthday parties and holidays, fill these up!)

Create a “Job Jar,” a jar with slips of paper that has jobs you want them to do, paying them if you want to pay for them. Some children love earning money.

Begin a daily routine of “Silent Reading Time,” a time in which they read books by themselves. I recommend that they read books about historical figures, for discussion with you. And finding some positive role models is a good thing for kids.

Writing their own play, drawing, painting, and composing music. Some children might do this themselves right away, and some need to be reminded that they can create something just as well as anyone else. It’s fun when they share the finished product later!

Are They Really SOOOO Bored?

It’s often just a play to get you to give permission to get on a screen or watch something. Don’t fall for it!  ‍

Maybe they’re actually bored. It’s ok to be bored, and even something that is completely natural. To help them, I hope these suggestions are useful to you.

About the Author: Chuck Musholt